Have you heard of Ansem?

Traverse Town is pretty damn boring, I’m not going to lie. The highlight of this world is that you get to meet another band of Final Fantasy characters, this group led by Leon. You meet them after some running around trying to meet up with Goofy and Donald but instead run into Leon, who challenges you in an attempt to claim the Keyblade for himself. Leon’s not as frightening to fight as I remember mostly because it’s obvious after your first swing at him that you can’t beat him yet. He tosses some insults your way and implies that you shouldn’t be ‘the chosen one’ after defeating you.

About that for a moment: the given premise across all Kingdom Hearts games is that there are these characters that wield weapons cleverly named ‘Keyblades.’ These characters are chosen to lock, and unlock, connections between worlds. There a lot of nuance to the story past that but the general idea is that some mystical blade has chosen you and without the intention, you’ve now become a hero. Also they mention this geezer named Ansem who was studying the Heartless (the enemies you’ve been fighting) for years. All of his notes have gone missing, however, and so our side-plot is set up.

Back to what’s going on in the game. I’ve woken up and had all the above explained to me as I set off to, once again, locate Donald and Goofy. My character of course doesn’t know this so he’s just aimlessly wandering around, which seems fitting because I have no idea where I’m supposed to go either.

While I try to actually go find the other two a cinematic hits and me and Leon jump out the window to fight some Heartless in the Alleyway. The combat starts to make sense again but I forget if I can block or not.. Maybe there’s an item that allows me to do so?

Because nothing’s happened there yet I run to the Third District praying for the boss fight I remember, because I remember it being pretty damn cool. As I enter the district my character is introduced to Goofy and Donald by having them fall on top of me. We fight a few dudes then a few pieces of armor fall from the sky as me and my new party are introduced to our first boss. The armor is pink/purple and really only menacing because none of the limbs are actually physically attached to each other. The animations are REALLY nice and every limb manages to move on it’s own at some point to get in my way. It would definitely be better to have some minions around with it but as the first actual boss, outside of that stupid tropical island, it makes sense to face it on your own.

Donald starts talking again and I begin to giggle. I feel like there’s a direct correlation between those two. Donald tells me to do a ‘happy face’ and Sora whips out the most disgusting smile I’ve ever seen and the gang seems like they’re off to a good start, at least with each other.

Before I can get off this world however I’m introduced to a slew of bad guys, all of who are obviously from the Disney universe. The only one who’s face is actually shown is Maleficent who happens to be one of my favorite villains ever. She appears at the end providing the most dastardly plan of all, clearly asserting herself as the alpha ma.. er.. female.

Alright I’m given the ability to use magic and dodge, exactly what I was hoping for. Because I chose to forego defense it’s nice that I can just dodge hits instead of take an only slightly decreased amount of damage through blocking. If I remember correctly, dodge rolls are a bit part of the combat in this game so I better start practicing. I plan on also heavily abusing the magic in this game, possibly enough to give Maleficent a run for her money.

Oh and I forgot about Jiminy Cricket, who joins the gang as it’s stalwart journal keeper. You go Jiminy.

Next I’m introduced to “trinity marks” which if I remember correctly unlock either abilities or items, or experience? We’ll figure that out as well I guess.

I get out of the town and enter a galaxy map where a chipmunk explains space travel to me. Umm.. alright. And now we’re off to a new world via space combat. If this is where Star Wars: The Old Republic got their space combat from they chose well, I love this part of the game. It doesn’t necessarily control the best but it certainly breaks up the usual gameplay quite a bit and I can respect it’s placement.

I make my way to the world with a one-star rating because hell, I my as well play the game the way they intended it to.

Up next: CHAPTER THREE: Down the Rabbit Hole 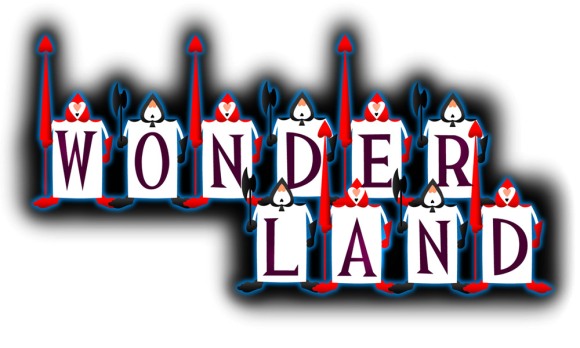 As usual if you have any comments or opinions about how this is written or how much is told about the game’s story feel free to sound-off below!