[Just for the record, I wrote this in about 10 minutes and it’s my first pass. I’m posting it to share because I haven’t written anything this long in.. about a year. If you’re going to read it and think “damn, this guy can’t organize his thoughts for shit” that’s because I wasn’t. Cheers!]

I haven’t written in a while so for me to put pen to paper (or letters into a text box) now means something inspired it. That would be Life is Strange.

The first part of this new, fresh, episodic title just released and as tempted as I was before today I only picked it up when I ordered pizza, poured some milk, and decided to slide back into something comfortable. Life is Strange didn’t disappoint in the slightest.

Everyone’s drawing comparisons between two games or shows or movies to give others a sense of how this game makes them feel. And by ‘feel’ I don’t imply that everyone is feeling something major from playing this game, that will never be the case with any game. People are drawing these comparisons because the experience offered by Life is Strange feels so familiar, and the only things we all know we share with each other, besides experiences we directly share with each other, are pop culture references. If I tell you that a game I played was a mix of ‘x and y’ you can almost certainly sort out what ‘z’ (the game I’m referencing) is like.

That’s not really a fair shot with Life is Strange, however, since I feel like the common experiences and feelings evoked from the game are even more common with most of us than any pop culture reference except maybe Star Wars (no, it’s not like Star Wars).

Life is Strange brought me back to a time when friendships were more important than romantic relationships; it brought me back to a time when friendships weren’t just connections but they were the most important connections in the world. We digitize and simplify friendships down to what they, fundamentally, are not meant to be: simple links between living beings. Friendships when I was a kid were the single most important thing I could have; more-so than a relationship or even, in a lot of cases, family members. These days friendships are the disposable, and everyone cares more about someone they dated for a few months or hooked up with for a night than a friend of three years, since what is one friend when you have 500 more at the click of a button?

I understand that it’s a long stretch to link a game to this sort of cultural shift but that’s why this is titled an opinion, and not a review, so shut your trap.

Life is Strange uses time travel mechanics and simple UI to bring the player into the shoes of a shy, but intelligent female protagonist. I would call her strong, but people seem to thing that ‘strong female lead’ these days just means what we’ve been making male characters out to be for years. I’m not willing to put Max up to that comparison, since she’s so much cooler than those turds.

Max goes through a massive personality shift/high in the first chapter of this title that the player is just dragged right alongside. She goes from hiding in bathrooms (most of us have done this at least once in their life) when she’s having a minor anxiety attack to looking outside of herself and her own possibilities to see what she’s capable of when she can time travel. The brilliance here is that you can see her grow in her sensibilities as she explores each option available to her which makes her one hell of a character.

Max’s OG best friend Chloe shows up early on and goes through a bit of a.. hiccup. The knock-on effects of Max reversing this (even before she recognizes Chloe) is a major shift in how Max goes about the rest of her school day and as a result how she would deal with every issue she’s faced with. It’s very cool to see Chloe act as the spark of Max’s journey into true adulthood and her decisions to take responsibility for what she’s now capable of. This is a role we often see women taking up for men, or men taking up for men, because men are usually the stars of any character-driven video game. Chloe and Max have their own moments when they’re together and they manage to be haunting and driven the whole time through.

In fact the only part of the game I don’t care for is some of the ways the game utilizes time travel. The concept initially revolves around turning back time to attempt conversations or actions a second time; in other words, you could walk from A to B, turn back time, and walk again from A to B. Later, however, Max has to walk from A to C but when she gets to B something falls in her way! So, while at B, she turns back time but stays in B instead of going back to A and then calmly walks from B to C in the amount of time it takes for said thing to block her way.

Fundamentally, these are two different ways for time travel/manipulation to work. One requires that the space you occupy is a result of the space you occupied at the time you revert to while the other allows to to stay wherever you were when you began to revert time. Somehow, this is really bothering me right now.

THAT BEING SAID, the game does so much more well with the writing and the formation of how its minor plots tie-in to the larger plot looming over Max’s head, which the player is shown very clearly at the end of the first episode.

DISCLAIMER: Some adult and unsupervised language is about to take place inside of this post. Please, if you are below the age of 15 or have not heard the words ‘ass’, ‘asshole’, ‘god damn’ or even ‘hell’ please stop reading now and allow those words to enter your life naturally at another point in time. 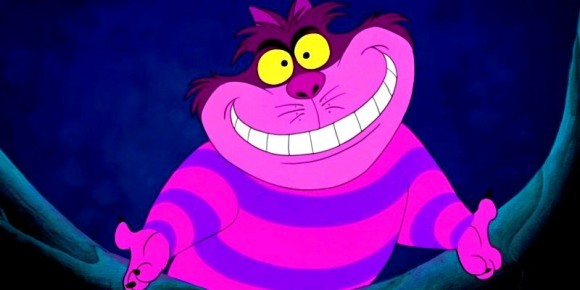 I avoided saying much about the Cheshire Cat in Chapter Three, mostly out of respect for any minors who may had read it. However upon revisiting my feelings with a colleague it seem that I can no longer hold my tongue.

END_OF_DOCUMENT_TOKEN_TO_BE_REPLACED

This is a continuation of my Kingdom Hearts play through. Just to explain the title, “SEE YUH” is actually one of Goofy’s lines from the game. I find it pretty humorous. 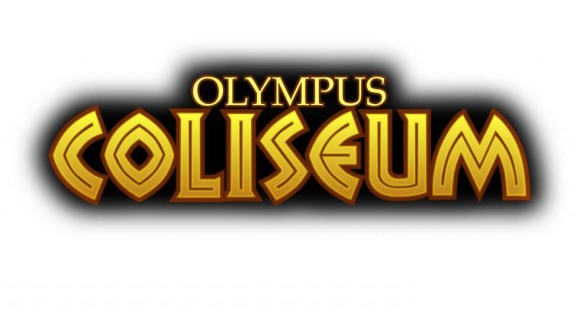 After leaving Wonderland and traveling a not-so-far distance to the Olympus Coliseum, my favorite world in the game, I encounter Philocetes who is Hercules’ mentor and also a Satyr. If I didn’t notice it before now I definitely noticed that all of the voice actors from the movies are in the game. It might not apply for the older films but it’s definitely great to hear DeVito’s voice for Phil and James Woods’ voice for Hades. They bring a lot to their characters and make them stand out even more than Hercules himself.

END_OF_DOCUMENT_TOKEN_TO_BE_REPLACED

The next world tosses me ass-first into Alice in Wonderland the exact same way that the aforementioned Alice did. After moving the bed out of the way I devour a blue drink and I “grow small” so I can enter the rest of this marvelous world.

END_OF_DOCUMENT_TOKEN_TO_BE_REPLACED 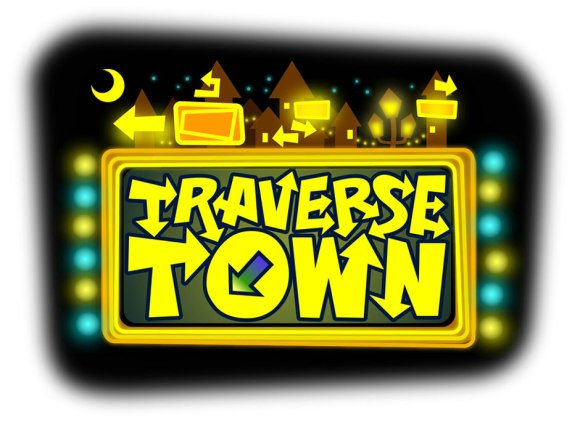 Have you heard of Ansem?

END_OF_DOCUMENT_TOKEN_TO_BE_REPLACED

Kingdom Hearts – CHAPTER ONE: Who are you, really? 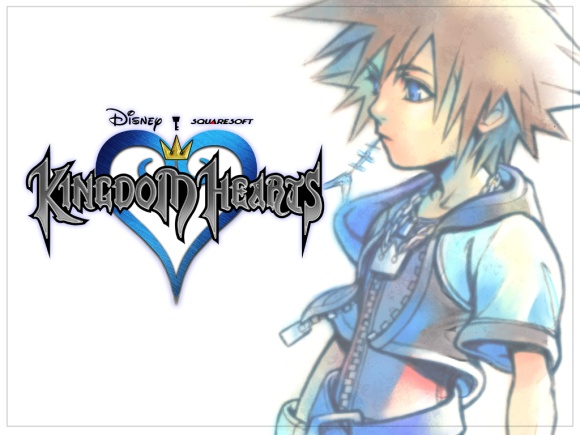 Is it 2002? No, I just happened to get back my old Playstation 2 and had a hankering to play Kingdom Hearts. More than anything I had the urge to play it again and really understand what it was about this game that got my utter attention when I was younger.

Come, take a journey with me.

Kindom Hearts, for the uneducated, is an action-role playing game that was released in 2002 that featured a very unique blend of Disney characters and Final Fantasy characters. It’s game play was a very free-flow style of action that allowed the player to run around the battlefield as they pleased and tackle enemies however they thought was best. What I personally remember from this game that was so great happened to be the use of the Disney characters and how you got to see many of them outside of the story that existed in their films. Also the game play was really smooth and if I remember it correctly Mickey is a total badass.

This is going to be a series of diary-styled articles while I do a play through of the first Kingdom Hearts and maybe the second one.

END_OF_DOCUMENT_TOKEN_TO_BE_REPLACED

Battleblock Theater is a 2-dimensional platformer that features multiplayer mechanics for competitive and cooperative play.

Enter this world from the minds behind Alien Hominid and Castle Crashers, featuring the vocal pornography of Will Stamper, and you won’t want to leave. If that world has crazed cats running a broken-down theater of death then you might want to leave; thank god this is just a (fantastic) game.

You are tossed, genitals-first, into this crazed theater of gloom and destruction to die repeatedly and hilariously for the thrill of cats. Thus begins your epic struggle to escape this dastardly theater of perpetual danger and feline devilry. Welcome to Battleblock Theater.

END_OF_DOCUMENT_TOKEN_TO_BE_REPLACED

The press conference today was far less than shrouded in mystery. Before it even started there were price point and release date rumors released and images of the controller. This list may be large but it could be even larger. Personally I think Sony nailed it and for the first time since the PS2 I will actually get something of theirs on release, here’s why:

END_OF_DOCUMENT_TOKEN_TO_BE_REPLACED

Hotline Miami is such a different beast than any game that’s been released this year. It takes the grit and pace of any previous action game to date and takes out all the fat and crap in between. The game tries to be a much faster installment of the original Grand Theft Auto titles that were entirely in two dimensions, but of course without any driving and a fantastic 80’s vibe thrown in the mix.

Hotline Miami is most likely not a game you’ll enjoy, or stick with. It is however a game you need to try.